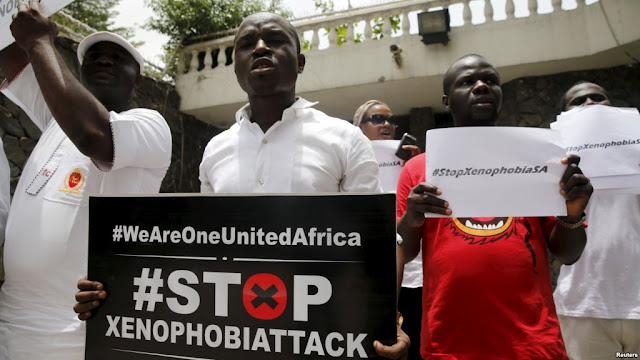 ECONOMISTS often tell us that “economic openness” - the extent to which factors of production are able to move freely between nations - plays a role in determining the growth and economic performance of a country.

In fact, my good friend and chief strategist at Citadel Wealth Management, Dr Adrian Saville, has this as one of the elements of his “six-pack” concept: six factors he found in common among countries that have consistently led economic development over three decades.

According to a paper published by Saville and his colleague at the Gordon Institute of Business Science, Dr Lyal White, titled “Ensuring that Africa Keeps Rising: TheEconomic Integration Imperative”, economic integration takes place through four main channels: goods and services in the form of international trade (T); financial integration via the movement of capital (C); knowledge and information (I); and the movement of people (P), from tourists to skilled workers.

A recent illustration of the contribution that labour mobility can make to economic advancement comes from South Korea, where, in 2001, the government created a “gold visa” to allow more foreign information technology researchers to work in the country.

This initiative has been cited as one of the key reasons South Korea leapfrogged many advanced nations.

However, Saville and White admit that “with respect to Africa, to date researchers have largely sidestepped the key element of economic
integration. Arguably, this is because of an uneven understanding of the true role and influence that economic integration plays.”

I would further argue that the trade, capital and information elements of the TCIP framework are much better understood than the benefits of the movement of people.

This is especially true of richer nations and how they relate with people from poorer countries.

I am very aware of the realities of xenophobia and the number of times it has reared its ugly head. In my view, what we call xenophobia is not often a phobia - an overwhelming and unreasonable fear of something.

I think it’s often a reasonable fear that comes from an honest place of vulnerability and threat, which provokes anxiety. Many South Africans see the “economic openness” of our borders as a threat to their livelihoods, jobs and business opportunities.

If you sift through the noise, the so-called xenophobic attacks have
often been characterised by attacks on foreign-owned small businesses, and come from the frustration that foreigners, mainly from the rest of Africa, seem to be working longer hours for less pay, and at times at an even better output.

Here is the truth: the average South African cannot see the “enormous economic gains” of the cross-border flows of people, as touted by economists. For many, the free movement of people means an influx of foreigners into their country, and a strain on the resources that are limited enough for South Africans.

Themba, from Waterfall, called in to my radio show this week saying: “When people emigrate from places like Zimbabwe, Nigeria and Congo, that will mean our country will struggle, because our population will increase and our clinics and hospitals will be overcrowded; more people are likely to go hungry as more people living in the country will be unemployed.”

I thought about how Themba must have agonised about calling in to share what he knows would have sounded “xenophobic”.

But this is no phobia. It is not an unreasonable fear of the foreigner. It is a pure, honest, unedited and genuine fear - one that needs to be acknowledged.
Posted by Unknown at Friday, October 21, 2016 1 comment: 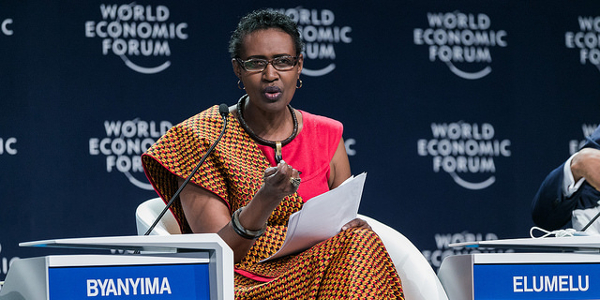 THIS week I attended the World Economic Forum on Africa in Kigali, Rwanda, which continued the fourth industrial revolution theme from Davos earlier in the year, this time with a focus only on Africa.

What stood out was the high quality and frank nature of the deliberations, as well as the realisation that we agree more than we differ as a continent on both politics and business.

The conversations were deliberately set up to focus on solutions as opposed to regurgitating the challenges. That got two key issues firmly on the radar: inclusive growth and intra-Africa trade.

My favourite panellist, Winnie Byanyima, the executive director of Oxfam International, was scathing about economic growth that does not take along the very people it is meant to serve.

“I think we focus too much on the figure of growth,” she said. “Is it 10%? Is it 6%? I think the right question should be: Is this growth creating jobs? Is this growth raising the standard of living of all our people? It’s the quality of the growth that ’s key here. Growth has been delinked from inequality and poverty. We need to bring back that link.”

For example, between 2003 and 2009, Nigeria had positive growth, but the number of poor people increased. Apart from the top 10%, the rest of the population’s share of national consumption declined.

What is the point of economic growth if it’s not inclusive?

Intra-Africa trade is estimated at 11% of total trade while on other continents, like Europe, as much as 60% of trade is within the region. The key impediments to intra-Africa trade are a lack of transport and logistics infrastructure and curbs on the free movement of people and goods among the 54 African states.

There has been talk of one African visa being introduced by 2018. The idea is premised on the success of the East African Community’s visa, costing $100 (about R1 500) for a 90-day visa valid in three of the biggest countries in the region.

I don’t see this happening any time soon and my hopes are on African states implementing less stringent visa requirements for entrepreneurs and business travellers.

Nigerian entrepreneur and philanthropist Tony Elumelu made the point that Africa had reduced itself to a supplier of raw materials.

“I am an investor in Africa,” he said.

“I have investments in 21 African countries. Despite all the concerns raised by many on the prospects of Africa, my investment appetite on the continent has not dwindled. However, in Africa we produce raw materials. We do not process these raw materials.”

He said the conversion of raw materials to finished goods was where value was added to economies. And that did not happen on our continent.

“So Ghana grows cocoa, takes it out of the country, it gets processed and it comes back as chocolate . . . Same with cotton and I could go on and on. So let’s begin to challenge ourselves on how to move our economies into more productive economies. This will ensure that economic growth is indeed inclusive . . .We need the private sector and public sector and our development partners to work together.”

The New Partnership for Africa’s Development has launched the Move Africa initiative to improve transport infrastructure.

Apparently, it is cheaper for Coca-Cola, as a manufacturer of soft drinks in Kenya, to buy passion fruit from China, move it to Kenya, bottle and sell it in Kenya, than it is to buy directly from next-door Uganda.

Ford has to charter Airbus 330s to fly vehicles from Johannesburg to Nairobi as it cannot rely on the roads between the two cities.

Clearly there are some tough policy decisions to be made by governments if Africa truly wants to lead the fourth industrial revolution.

The big opportunity and challenge before us is taking our people along in growing our economies by increasing intra-Africa trade
Posted by Unknown at Friday, October 21, 2016 No comments: